ALSO ONLINE CLASSES AND SEMINARS
AT THE TSE QIGONG CENTRE 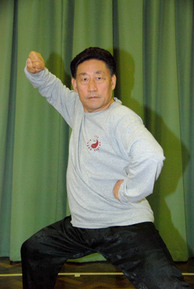 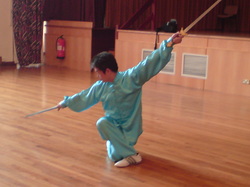 Taiji (tai chi) is well known all over the world and is quite often taught purely for its health benefits. Some people may be surprised to know that it was primarily used for fighting, as Tai (in Chinese) means big or very and Ji means limited or end so that for Taiji  - big means expanding and limited means controlling or contracting and when Quan is added, which means fist, you know it means it is a martial arts skill.  Chen style Taijiquan also has many weapon forms such as sword, broadsword and spear which in days gone by would have been used on the battlefield.

Chen Wang Ting (also known as Zhou Ting), was the 9th ancestor of the Chen family and it is believed that he developed Chen style Taijiquan.  He had spent many years studying and using martial arts and fighting tactics and he knew that by combining these with Daoist principles he could create a fighting style that used Chan Si Jin (Spiral Energy).  This meant that instead of retaliating with force against an attacker, he found that he could use their energy and redirect it, by using spiralling waist (Dantien) energy.

He looked at the acupuncture points, channels in the body and how to breathe and combined this with movements from various fighting styles such as Qi Ji Guang's 32 Martial Art Classic Fist, Shaolin Quan - Red Fist, Shaolin Staff, Buddha's Warrior Eighteen Grasping Techniques and his own Chen family's Martial Art skill.

Taijiquan differs in many respects from some other martial arts as the emphasis is not on building up muscles but teaches relaxation, good posture and Qi movement which is why it is often mistaken for a health exercise and not a martial art.

Grandmaster Chen Xiao Wang is the 19th Standard Bearer of Chen Taijiquan and both the 19 and 38 forms were created by him for students to practice when just starting with the centre.

My Sifu (teacher) Mike Baker is a Senior Student of Master Michael Tse, who is my Sigong. 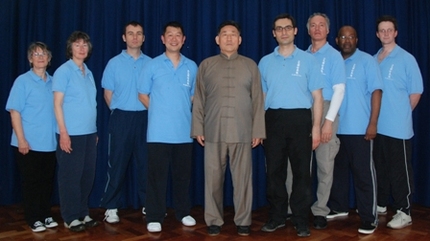 This word is frequently used in the Tse Qigong Centre.

FOR FURTHER INFORMATION AND UPDATES GO TO NEWS PAGE